Sometimes such games are called "homebrew". I don't think that's a very good term. (I don't like the term "retrogame" much either, though. A painting by Jan van Eyck, would you call that a "retropainting"? No, you wouldn't. Still, this is the terminology we're stuck with.)

All the games here are ones you can download and play for no charge. In many cases you can also purchase them to support the authors and/or obtain them on physical media. 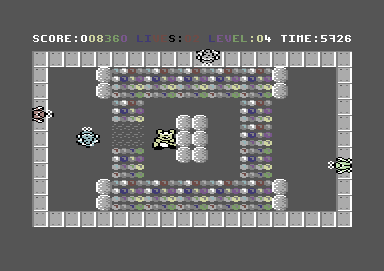 A very fun game, and notable that there is (as far as I can tell) no random element — the baddies' movements are completely determined by your own. 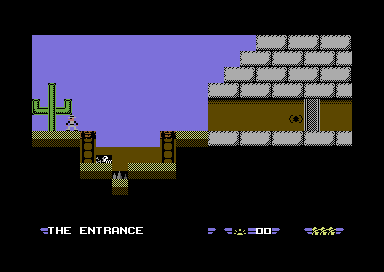 I rather liked this when I first encountered it, but have never had the time to play it much. It plays somewhat like a platformer but far more like a puzzle game, with button+down to examine objects and button+up to use an object in your inventory. 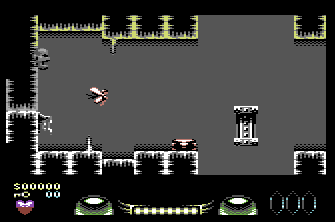 A good game which I remember liking enough to play through to the end. 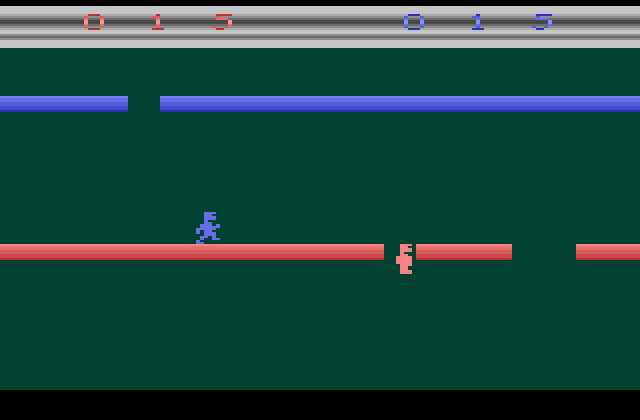 A retrogame I discovered in the aughts where two players, starting at the top of some multi-floored structure, race to fall down to each next lowest level; the first to fall through a floor captures it, and the player who captures the most floors wins. Strangely addictive in spite of (or possibly because of) its simplicity; there is a large element of luck, since you don't know where the holes are going to be in upcoming floors, but also an element of strategy, since the floors are low-friction and you carry momentum, and a lot of just frantic fun running-around action.